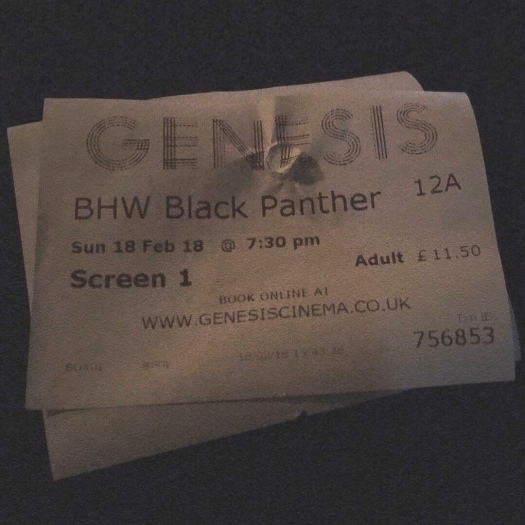 I went to see Black Panther last night at the Genesis Cinema and I really enjoyed it. It doesn’t take itself too seriously but it still does a great job of telling story of The African Diaspora with some jokes sprinkled in for good measure. I’ve heard a lot of people say “why didn’t they make this film sooner?” – I would argue against that, I think the movie arrived at just the right time, it was in development for 4+ years and during that time Marvel Universe refined it’s recipe for making blockbusters movies and ultimately #BlackPanther reaped the rewards. Bravo to all involved, I’m definitely going to watch it again!