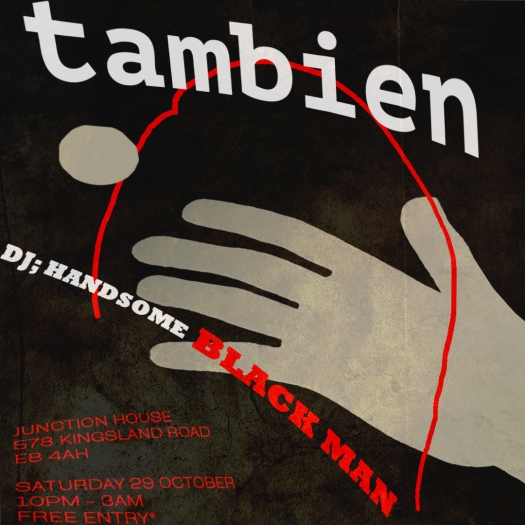 It’s been a while since I last played in Dalston, I can’t remember the exact date but I’m pretty sure it was sometime last year, either way its been a long fucking time. I’ve had a bit of tumultuous relationship with that part of Hackney, it brought me joy in my early 20’s but on the other hand I succumbed to it’s web of drug abuse and alcoholism. At the time it hit me quite hard, i just couldn’t balance the craziness of ‘the strip’ with any sort of career/life progression. All the stories I read about creative-types finding their way in life during a drug fuelled night just didn’t seem to work out for me in the same way. Instead i got myself into fights and in some cases banned from certain establishments, for life! Luckily i didn’t let it get too crazy (lol) and took some time out to figure shit out in the hope that i’d come back stronger than before, and thankfully that time has now come.

I’ll be DJ’ing at this new place on Kingsland Road called Junction House, it opened in September and luckily they had a slot free that I could take on short notice. Music policy will be mainly House, Disco and bit of Techno, but i’m open to letting the night take me on a bit of a journey, it’s a 5 hour set so plenty of time to go on a tangant or two. I’m really looking forward to it either way and if you happen to be in the area on Saturday 29 October swing along for a dance or two!